It’s extremely easy to put together a giveaway, particularly in the age of social media.  The all conquering “RT and follow” (Twitter) or “like and share” (Facebook) giveaway or sweepstake mechanics take 2 seconds to set up, provide a pico-second of shallow engagement, and often near-zero residual value.  The pay-off is typically commensurate with the effort taken to set it up.

Sure, it’s easy to do, quick, and readily repeatable, but here are some serious drawbacks to running an “RT and follow” or “like and share” promo: 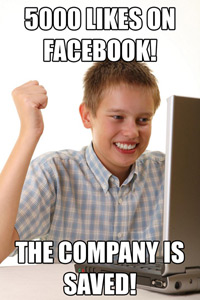 Shouldn’t competitions and giveaways be fun?

In creating a custom contest, sweepstake or game for your promotional campaign, you can actually make things fun.  Because promotional campaigns are often considered as a “path of least resistance”, because of the nature of incentivisation (and the ease with which a superficial campaign can be set up on social media), the idea that “fun” has any intrinsic value is often rarely acknowledged.

But if we look at fun as a measure of engagement, then it definitely has value.  Users will be more likely to actually appreciate the brand or product in front of them, and communicate that when telling their friends (which they’re much more likely to do).  They’ll also return to play even if the odds of winning are slim.  Consider the example of free casino games on sites or mobile apps, where the user does not stake or win any real money.  Surely if the cash payoff of gambling was removed, then these games would see no users.  On the contrary, the fun factor goes so far as to induce players to pay via in app purchase for upgrades.

We’ve talked before about how important technical entry is – by building a demonstrably recorded entry that a user can see and manipulate, they are far more willing to enter multiple times, share, and invite, because they trust that their efforts are being recorded properly and can be drawn fairly.  So how does one make a promotion fun?

Where the Twitter or Facebook number-boosting giveaways are instant, they are not infrastructural.  Building your own promotional mechanic on your own website allows you to control completely and consistently your primary and secondary entries (example here), be creative, and retain the infrastructure of your promotion after it has finished.  You can adapt it, theme it, or simply repeat it depending on its popularity.  Some brands have custom instant win games that are permanently open as lead generation mechanisms.  Here are some considerations: